The smallest moldavites are natural fragments usually of the size of about 2mm and of weight of several hudreths of a gram. They are approximately 5000 times lighter than the biggest moldavites.

I have even found a natural fragment which weighed even less than 0.01g. I weighed it on scales with accuracy 0.01g and upon placing the moldavite on it, it was still showing 0.00g. The stone has sculptation on all sides. Thus it cannot be just a chipped-off part of a bigger stone.Compared to the biggest moldavite ever found it was 25,000 times lighter. 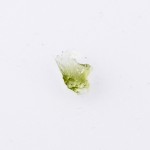 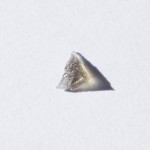 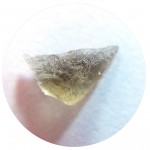 Commonly stated weighed of the smallest full-forms of moldavites (primary shapes) is about 1g. However, in my collection there are two little droplets. One weighs 0.37 g and the other one even only 0.12 g! They are really little moldavites. 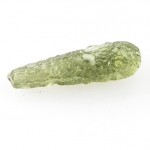 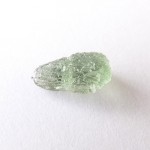 The smallest moldavites are most often found in the oldest sediments.