Moldavites are not radioactive. Nevertheless, I do come across this question a lot, so let’s go ahead and debunk this myth of Moldavites’ radioactivity and confirm that they are safe to handle.

How were Moldavites formed and – out of what?

Moldavites were formed by the melting of sediments (clay, sands, rocks) during the impact of a large asteroid. Melted fragments flew through the air, forming Moldavites that were scattered over the region we now know as the Czech Republic. Due to fluvial activity, these fragments were washed down rivers and streams, settling as sediments that we now find. For more information, visit the how Moldavites were formed article.

Moldavites are therefore the solidified mass formed after the melting of clays and sands. Generally, Moldavites can be identified as natural glass. Technically, they belong to the Tektite group.

(man-made glass is made by melting the silica in sand and other natural substances).

The impact site of the asteroid was free of any radioactive substances, such as uranium. If you are interested in the exact chemical formula of Moldavites, you can find it in this book.

Could Moldavites have been irradiated AFTER the impact?

Neither the sediments, nor the impact site itself, contain any radioactive mater ial. Central Europe has never been subject to any nuclear weapons testing, nor did any nuclear accidents ever occur there. Therefore, no radiation could have been emitted.

Radiation and ionizing radiation are an inseparable part of our lives, regardless of whether we perceive them or not with our senses. The world around us is literally interweaved with invisible rays.

One sievert [Sv] is a derived unit of one ionizing radiation dose. We will be using the equivalent dosage of Sv.s-1, which relates to the time duration of radiation.

Examples of equivalent dosages for humans

Radiation is all around us. Its main two sources are rocks and cosmic rays (depending on the given area’s altitude). Naturally occuring radiation differs greatly region to region. For instance:

Living organisms are adapted to the effects of naturally occurring radiation.

To measure the radioactivity of Moldavites, I used a Geiger’s counter by the German manufacturer Gamma-Scout. The counter is certified. 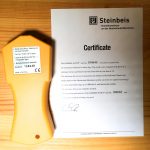 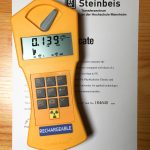 Firstly, I took measurements of the radiation of the natural background. I then placed Moldavites to the counter to see if any changes would be recorded. One of the Moldavites I used was a very big specimen weighing over 250 carats, as well as a box containing many smaller Moldavites with a total weight of over one pound.

The background radioactivity fluctuated between 0.117 to 0.205µS/h, equivalent to an average of 1.41 mSv/year – it is less then the average value for the Czech Republic and USA. 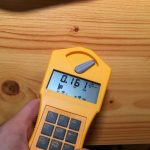 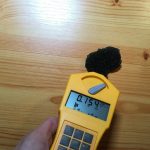 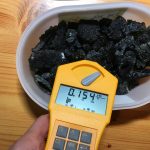 Placement of Moldavites to the counter did not record any changes in radiation -> Moldavite aren’t radioactive.

One thought on “Are Moldavites radioactive?”