Mechanic abrasion of moldavites is basicaly a scraping of the surface during which the original surface is lost. In other words ­ the surface is ground off. A strong abrasion can be recognized at first sight ­ a moldavite looks like a pebble stone from a river or the sea. The original sculpture (the texture of the surface) is gone or in the case of moldavites with a lesser rate of abrasion remains of sculpture are visible. The surface of strongly abraded moldavites is on the whole matte.

A mild abrasion is obvious especially on the edges and apexes of sculptation. The apexes and edges are smoothed and matte. Abrasion is easily detected in shiny moldavites, where there is a great contrast between the original shiny suface and the matte surface caused by abrasion.

There is also a natural way abrasion comes about. In the past it was maily due to the motion of the sediment with moldavites – moldavites were mechanically affected by surrounding rock (clay, sand, gravel and stones).

In some places the motion was slight and slow. It took several millions years. Stones from such locations have beautiful sculpture and abrason on their surface is not perceptible.

A severe abrasion can come about even during a very short time – in locations, where the layer with moldavites is not deep enough in the ground. In such locations moldavite can be often found on the surface, e.g. on fields and meadows. Those moldavites are affected by agricultural use of land (plowing etc.). Heavy rains, during which water shifts moldavites as well as surrounding soil, are another cause of abrasion.

Moldavite with a very severe abrasion (i.e. with partially removed original sculpture) look like dried plums and they are sometimes called so. 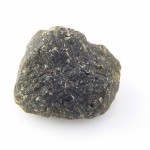 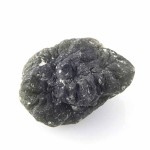 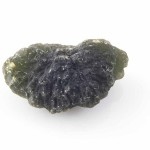 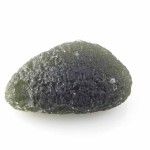 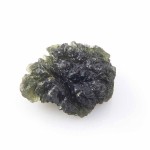 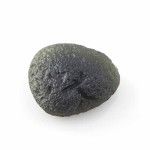 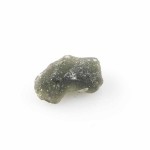 Unfortunately a frequent cause of abrasion is unsuitable storage and transport of a larger amount of moldavites. This unnatural abrasion is caused by friction of the moldavites on one another.

Sharp apexes and the surface of shiny moldavites are the easiest to be damaged in such way. 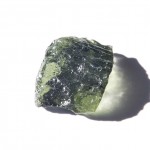 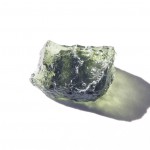 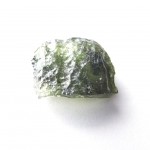 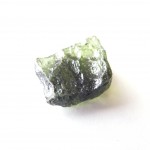 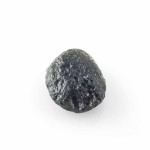 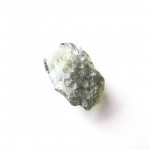 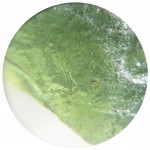 How to recognize a natural and artificial abrasion

Abrasion of natural origin is most often quite pronounced. Original sculpture is either partly or totally rubbed off.

On the other hand only a slight abrasion is usually artificial. It come about due to unsuitable storage or transport. It is the most obvious on moldavites with sharp surfaces. It can be seen especially on the sharp apexes and edges of moldavites.