Sometimes you can see a moldavite with one or several holes through it. I do not mean man-made drille holes, but holes of natural nature.Apart from holes going all the way through, there can be a kind of opening – either a dimple, then we talk about an opened bubble, or a deeper opening, which looks like a drilling, then we talk about opened channel.

Natural holes in moldavites tend to be round, oval or irregularly shaped. They can be found in moldavites shaped like a natural fragment or in moldavites of partial primary shapes. Holes can be created by the effect of various natural causes.

The cause of holes of regular shape are bubbles. A hole was created by fragmenting of a moldavite with bubbles or channels (oblong bubbles). This could have happened already during origination of moldavites – on landing on earth. Other perforated moldavites were created due to fragmentation and subsequent transport in a river stream or during motion of sediment. The breaking up into multiple parts could have been caused also by inner tension of the stones. 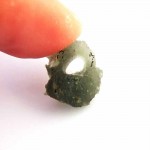 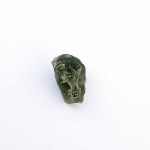 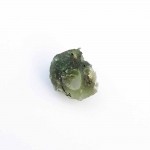 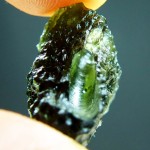 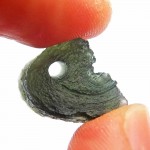 In natural fragments, where the stone did not break into multiple pieces, but it was broken in only two parts, corosion caused by the effect of acidic and alkaline solutions of sediments helped to create holes. Thus a part of the moldavite mass was etched away and in thinner spots neighbouring with a bubble a hole was created. 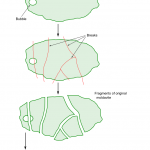 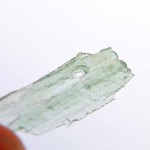 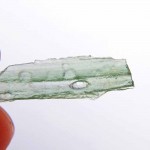 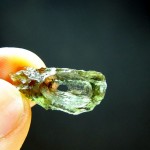 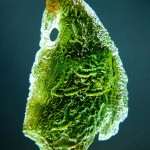 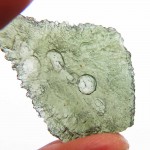 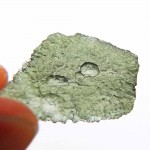 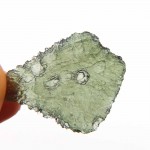 Corosion of moldavite mass is also the cause of holes of irregular shapes, which can be found invery thin moldavites with pronounced sculpting. 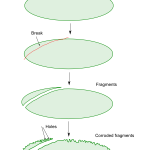 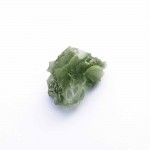 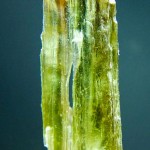 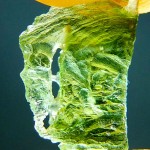 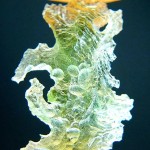 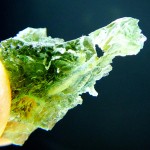 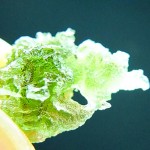