What lies beneath this designation – hedgehog? Why are these moldavites most beautiful?

Moldavites were formed 14.7 million years ago (formation of moldavites, age of moldavites). Their surface was smooth after they formed.

The surface of moldavites was sculptured for millions of years under the influence of water solutions while the moldavites were hidden in sediment. These sediments also moved and disrupted the structure of the moldavites.

The texture of moldavite surface is called a sculpture. The moldavites from sediments, which moved less, have a significant and deeper („spiky“) sculpture, because they weren’t sharpened as much. Moldavite from Besednice with striking sculpture

One of the best known moldavite deposits is Besednice. Moldavites in this location have gone through a minimal transport of sediment. Their sculpture is more significant. The spikes can be up to 10mm (almost half a thumb) long.

Moldavites from this locality are often called hedgehogs. It’s a slang designation.

Moldavites with significant sculpture can sometimes be found in other sites, for example, Parýz. However, the spikes aren’t that long, although those moldavites are sometimes called hedgehogs, too. However, when we say hedgehog, we mean a moldavite from Besednice. 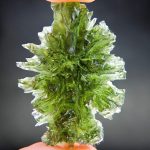 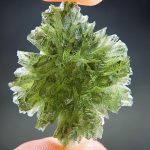 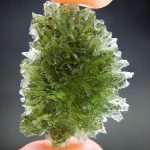 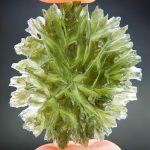 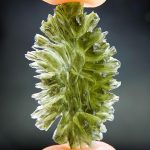 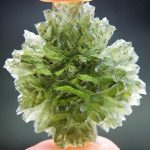 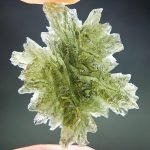 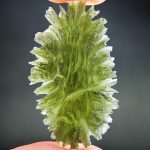 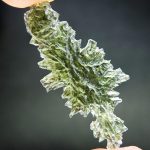 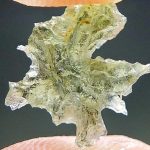 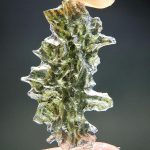 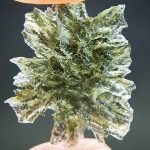 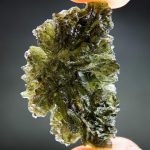 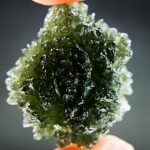 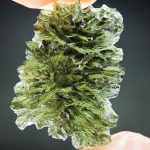 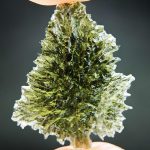 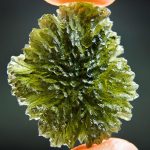 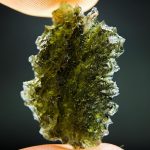 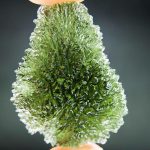 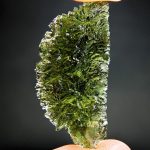 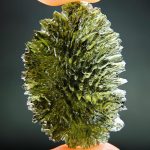 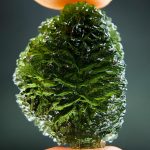 Specimens with distinct sculpture. Only a small part of moldavites from this deposit has so well formed sculpture. 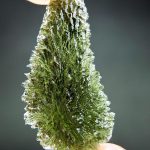 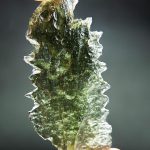 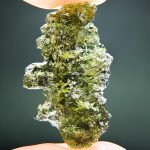 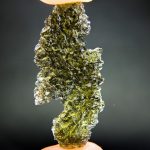 Check a video of my most beatiful hedgehog from Besednice…