What is Internal Stress

Internal stress is a physical quantity which expresses inner power between the neighbouring particles inside the material.

Demonstration and effects of internal stress

Moldavites with strong and specifically distributed internal stress emit upon manipulation and tapping chiming sound. Such moldavites are called Angel chime moldavites. They are rare.

We can even observe internal stress visually when illuminated by polarized light. In moldavites with strong internal stress (often full forms) two arms of a hyperbola begin to appear (birefringence deformation). Depending how we turn the moldavite they can appear to be crossing each other and they can form kind of deformed cross. You can observe this also on cuts under a microscope (a polarizing microscope or a modified standard one). There will show low interferential colours of I. order – finer demonstration in inner structure. 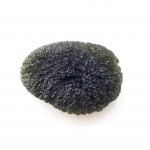 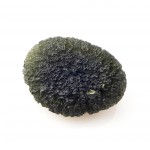 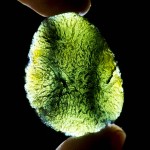 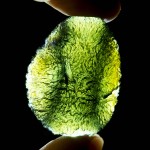 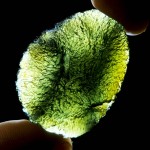 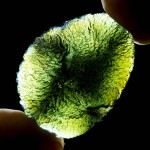 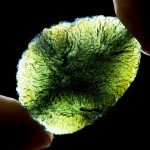 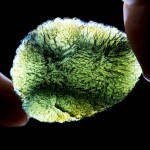 Another demonstration of internal stress in moldavites

Another demonstration is an influence on mechanical firmness of a moldavite. Moldavites with evenly distributed internal stress are stronger and even unbreakable. On the other hand, moldavites whose centre of internal stress is near the surface break easily. In these stones even the slightest mechanical impact causes ruptures. There can even occur spontaneous disintegration. This kind of disintegration happens also in natural environment. In others there occurred cracks without a loss of cohesiveness (they did not fall apart) while other stones fell apart into several pieces. Sometimes such pieces can be found near each other. We call them naturally splitted moldavites.

Three moldavites (natural fragments) cracked inside as a result of strong internal stress. 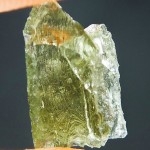 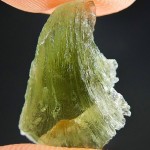 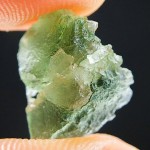 internal stress in moldavites is caused by temperature differences between the surface and inside of the stone during cooling of the molten glass. First, the surface solidified – firm superficial crust was created. Subsequently the inside solidified and it slightly shrank in the process. That caused internal stress – in the upper layer pressure stress and in the inner one tractional stress.

The final stress depends on the speed of the solidification. The faster it is the more stress there is. This speed depended most of all on the temperature during its formation, the size of the stone and, of course, the surrounding conditions after the moldavite formation. internal stress was subsequently influenced by mechanical and chemical factors in the environment. Breaking of the full forms and removal of the superficial crust lowered internal stress. That was caused by mechanical grinding during transport and by chemical corrosion during the time the moldavites were embedded in sediment. These factors also influenced the final orientation of stress. 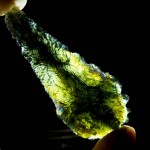 Internal stress is not evenly distributed in the mass of a moldavite. It is stronger around places which are not homogeneous – on the crossing between the basic glassy matter and a chemically different part. This kind of stress is called local stress. It can be found around lechatelierites, bubbles and also between schlierens – belts of fluidal structure. It can also be found on the contact area between two colours in to-coloured moldavites. The content of SiO2 in basic moldavite mass also influences the intensity of internal stress. internal stress is deformed in the areas which are not even (cuts, holes etc.) and around cracks.

Internal stress in moldavites is 1 – 2 orders higher then in common man-made glasses.